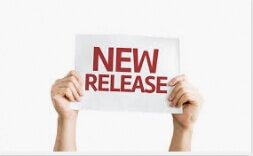 Every week, developers are releasing new types of slots games. There are so many leading creators of these games that you will never be bored as you will always have something new and exciting to try out. These games have their own distinct themes, features, and bonus rounds. Here is a look at some of the best slots to release over the past week or so:

Nefertiti’s Riches sees the Queen of Egypt coming back to your screens, with tons of different ways for you to win along the way. In all, you have a million ways in which you can come out victorious with each and every spin.

The Ancient Egypt theme will be familiar to all slots players, but this 10x6 game brings something different to proceedings. You will be able to take advantage of the cascading reels feature that allows you to boost your wins as the winning combinations will then be replaced by more symbols.

There are special symbols that will trigger multipliers, boosted symbol values, extra reels, and free spins. There is also a bonus round that will be triggered when you get five re-spins in a row. Currently, the top prize is 10,000x your bet, so all in all, there is a lot to like about Nefertiti’s Riches.

With Stacked, you are entering the world of magic, as a magician walks you through his bag of tricks. This has four reels and 20 paylines, with some nice bonus rounds and a 96.39% RTP.

All of the reels are independent and the stacked features rings turn with this game more so than most other titles that have this feature. At times during the game, the magician will do a card trick that will see some mystery cards added to the reels. Free spins rounds can also be randomly triggered after a losing round.

Finally, the magician can sometimes perform a bit of magic and give the reel a nudge to move it slightly and to allow you to get a winning combination. You can in up to 5 free spins, as well as multipliers up to 4x your bet. The Prismatic Reel feature sees the magician making one whole reel wild for the whole free spins round.

The Hand of Midas (Pragmatic Play)

Pragmatic Play is always bringing out exciting games and the Hand of Midas is no different. It carries a jackpot of up to 1,000x, as well as special min reels and plenty of free spins.

This is a game based on Greek mythology and in this game. The story goes that the greedy kin was given the ability to turn everything he touched into gold. However, he ended up turning his daughter into gold and to live with this disaster. There is a good betting range with this title, as well as a free spins round that will be activated after you get at least three scatters across the reels.

There are also sticky wilds in place, as well as a range of multipliers. While this game doesn't do anything strikingly different, it is a quality game and enjoyable to play.