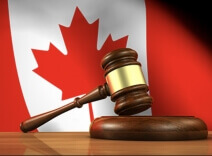 The topic of legalizing sports betting trundles on in Canada after the House of Commons gave a bill its seal of approval last week. This came after the third reading of C-218. If this bill ultimately is successful, single-event sports betting will be rolled out across the country. As there is already a limited form of sports betting in place in Canada, this is a natural stepping stone for a lot of lawmakers, boosting the bill’s chances of getting ultimate passage.

What’s next for the bill?

The next step for this bill is a hearing in the Senate. Senators will assess the merits of this bill. MP Brian Masse has been a long-time supporter of legalizing single-event sports betting and he said that he is working with Senators to encourage them to support this bill. He has also encouraged other members of the House to do something similar.

The sponsor for the bill is Kevin Waugh and he is pleased with the progress this legislation has made in recent months. He spoke about how it would be a historic day if C-128 gets adopted. He believes that this legislation is in the best interests of the people of Canada and he is hopeful that the Senate will give their seal of approval in the near future to the issue.

If this does become law, sports betting regulations would be created on a provincial level. This legislation was officially launched last year, with the first reading taking place in November 2020. The second reading in the House took place in February and was approved after a 303-15 vote. However, there were some amendments made that led to the third reading.

How big could the market be?

One of the reasons that single-event sports betting is getting strong support is due to the huge revenue that it could bring in for the state. The COVID-19 pandemic has put a large strain on finances across the country and this would be a welcome boost.

According to the Canadian Gaming Association, about $14 billion each year is bet on the unregulated sports betting market. Within five years, Deloitte Canada believes that people in Canada could bet as much as $28 billion.

Many operators are now looking to put themselves in a position in the event that this legislation gets ultimate approval. Perhaps best positioned to benefit is theScore. This Toronto-based company has sports betting operations in the United States. It will look to leverage its popular sports media platform and brand recognition in the country to get off to a fast start in case of single-event legalization.