Best New Online Slots to Release in May 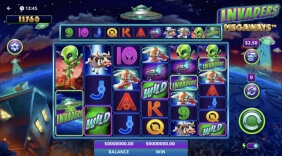 Every month, new video slots get added to the market. These come from many major game studios. These games are often carrying the latest innovations in the space, meaning that you are able to always stay up to date with the hottest trends. You can also keep an eye on titles that will become massive in the future by catching them early doors.

Slot studios like to release games regularly so that players always have something fresh to be playing. Looking at the same games again and again can become monotonous and is to be avoided for a lot of players who enjoy constant freshness and creativity. Here are a few of the best online slots to hit the market in May:

For anyone who is a fan of Sherlock Holmes, you will know that the detective’s main arch-rival is Moriarty. This game is based on that rivalry and has tons of great features, including cascading wins, Max Megaways, and free spins.

This is a great twist on a popular theme, with both the base game and side features bringing plenty to the table. This slot has six reels and there are as many as 117,649 paylines as part of each and every spin. There is also the ability to reach even more combos thanks to the top tracker.

There are different types of multipliers built into the base game, as well as cascading wins. You can win up to 20 free spins per round and there are also additional reel sets on offer. Therefore, you have a nice blend of story and gameplay features with this slot.

As other megaways titles, this game has an alien theme and you have as many as one million different ways to win with each and every round. The megaways range of games has been developing and improving massively as time goes on. This particular slot has six reels and offers over 110,000 ways to win during the base game.

There are cascading wins that can lead to more and more victories. There are also sorts of special symbols that trigger extra features and multipliers. There is also a free spins bonus as part of this title, allowing you to get as many as 15 free spins.

With an amazing look and feel, Invaders Megaways is one of the most exciting games to hit the market this year. The great soundtrack just adds to the entire experience and makes it a game worth playing.