How to play Caribbean Stud

Caribbean Stud poker is a live and online casino game that is meant to closely resemble Five-card stud poker. The same hand rankings are used, but the main difference between this game and a standard poker game is that the player is only playing against the house and not against the other players at the table.

At the start of a hand you must place an ante bet to be dealt into the game. You'll also have a choice to place a bet (usually $1) on the progressive jackpot to have the chance to win more money if you are dealt a flush or higher. After the ante and optional jackpot bet have been placed the players and the dealer will then be dealt five cards face down and the dealer will turn his or her first card face up.

The players are now allowed to look at all five of their cards. Considering their cards against the dealer's face up card, the player needs to make a decision on whether they think their hand will beat the dealers. If the player chooses to stay in the hand they are forced to place a fixed raise of exactly double the original ante. If they choose to fold then they surrender the original ante, and the optional progressive jackpot bet if there was one made. The player's hand is then over.

Once all of the bets have been placed the dealer will now turn over their cards. In order for the players' raise to be either won or lost, the dealers hand must qualify with a minimum of Ace King high. If the dealer's hand doesn't qualify then each of the raises will be a push and the ante's paid out at 1:1. To collect any progressive payouts the dealers hand must qualify, however your progressive bet will still be paid out even if your hand does not beat the dealer. If the dealer's hand qualifies then they are forced to call the amount of the players' raises and will now rank their hand against each of the players remaining to see who has won the hand. If the dealer's five card hand is ranked higher than the player's, the player will lose all of their bets and the hand is over. If the player's hand beats the dealer's hand, then your ante will be paid out at 1:1 and your raise will be paid out according to the strength of your hand as shown below. The payout table may change slightly depending on which casino you're playing with. Online casinos generally offer higher top end payouts than live casinos, including up to 200:1 (or higher!) for Royal Flushes. 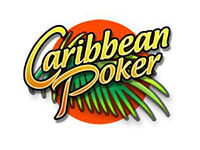