Alderney is a small island located in the British channel south of England and north of France. It is a British Crown dependency, though they have full autonomy aside from foreign relations and defense. It is a common licensing body of online casinos, and here is everything you need to know about this industry favourite as a Canadian online gambler.

With a population of only 2,200, which is smaller than this writer’s high school student body, much of the country’s revenue stems from their online casino operator regulations and licensing, as well as from tourism and ecommerce in general. Their pretty much nonexistent crime rate, gorgeous beaches, and historic landmarks, including a Roman fort that dates back to the late 300s AD, makes them a fantastic vacation destination as well.

The Gambling Regulation for Operators Overview

Established in 2000, the Alderney Gambling Control Commission (AGCC) is an independent licensing and regulatory body that licenses several online casinos, performing oversight and audits that ensure player safety and gaming fairness. They are famously strict, being very careful about what operators they license and the practices of their licensed operators. 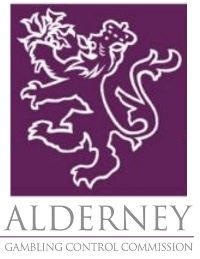 Their fees and taxation is clearly laid out on their site, so if you are actually considering opening an online casino and becoming licensed by Alderney, you should visit their site and look into their list of specific fees, which include £17,500 fee for the first year of licensing, annual fees of £3,000, and more. As an operator, you are paying for the trust that is instilled by your association with this licensing body rather than trying to find a good way out of paying higher taxes. It is easy to assume that if players will join up based almost entirely on whom you are licensed with, the fees will pay for themselves.

What It Means to the Players

The AGCC has heavily staked their reputation on the integrity of the online gambling sites under their jurisdictions, not advertising low tax rates and easy access, but focusing almost entirely on player confidence. This is particularly special and unique, especially when you consider the fact that they have easily accessible resources for players who are experiencing problems with any of Alderney’s licensees. While other licensing bodies have similar resources, none compare to the hands-on, enthusiast approach exhibited by the AGCC, and for that, if an online gambling resource is licensed by them, that is absolutely a good enough indicator that you should hop in and start playing as long as their other aspects fit your preferences. With that being said, it is also important that those sites undergo testing and audits not just from Alderney, but also from independent tech companies like eCOGRA, iTech, or the like.

How Many Sites Do They License

Currently, Alderney’s eGambling licensees include ten companies, and on their site, they list each license category. This is an extraordinary amount of transparency, especially given the very easily found list of the different operators. Some of these operators own several websites, while others only own one URL. Some of these websites include Spin Genie, Skybet, Kitty Bingo, Jackpot Café, and several others. From what we gathered, Alderney licenses at least 26 sites, which seems like a high number, but it is small in comparison to places like Gibraltar and Curacao, a testament to Alderney’s strict and careful selection process.

When it comes to player confidence and security, Alderney is truly second to none, and if a casino that you’re excited about shows the AGCC seal, your excitement level should reach the highest of heights. The only problem is that, because they don’t license a ton of casinos, you are pretty limited on the number of options, so there is a decent chance that you will find a casino not licensed by them that you consider an ideal choice. If it’s a casino that we recommend, which are only casinos that are safe, trusted, specifically tailored toward the Canada online casino community, and have the best promotions and highest winning potential, it doesn’t matter who they are licensed by, because it will be a strict governing body that will only affect the operator, not the player.