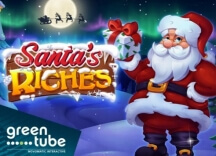 There are always awesome games getting released in the online slots world on a weekly basis. Many of the big developers focus on releasing at least one title each and every week.

As they are such big organizations, they can commit to this sort of volume without sacrificing quality. Here are some of the latest slot releases that you can try out today to see if they tickle your fancy

Kalamba Games has released this title in collaboration with a Twitch streamer. This is reportedly the first time that an online slot developer has collaborated with a stream on the release of a game.

The Twitch streamer in question is CasinoTest24. This new game comes off the back of a competition on Twitch jointly held by Wildz Casino and Kalamba earlier in 2020. This streamer won the competition and was given the chance to help develop this game.

The themes that you are joining the adventurer Sadie Smith as she looks for big wins and hidden treasures. There is unusually a Wild West and Ancient Egypt theme in place with this title. There are all sorts of multipliers and bonus rounds, including free spins mechanics on each of the different worlds.

There is also a HyperBonus that gives you the chance to get a shortcut into the bonus rounds. There is also the HyperBet feature which means you can actually change the volatility of this game. Currently, this game is only available on the ORYX platform.

A new Vikings adventure game titled Thunder Shield was released by iSoftBet. This notable developer releases this game that has a jackpot with three tiers. A lot of effort clearly went into making this game as the graphics are of extremely high quality.

This title has a Hold and Win mechanic in place, as well as the likes of Mystery Spins and Thunderstorm Prizes, and Colossal Respins. The myriad of different bonus rounds is definitely an attraction to all players.

Christmas is on the way

While the world has gone through a difficult year due to the COVID-19 pandemic, there is hope that Christmas will cheer people up. In anticipation of Christmas, Greentube’s Home of Games has released its Santa Riches game.

This festive title is widely available and is a very enjoyable can to play. There are five reels and 20 paylines making up this offering. The expanding reels add to the overall excitement levels.

You can get your hands on a free spins bonus if you find the back of goodies belonging to Santa. There are four separate gifts that will each contain unique prizes. There are also tumbling reels, as well as some really festive animations. This is definitely a game to try out to get into the mood of the year ahead.

As you can see, there are many game developers that are still focused on innovating and bringing something fresh to the world of online slots. While there are thousands of games out there, you will never get bored with these exciting new games constantly being released. You can get started playing each of these slots today as you please.