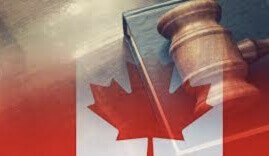 Single event sports betting is officially legal in Canada as of Friday. This means that fans of sports can place bets on single games without any restrictions. For the moment people will only be able to place these bets through the existing mediums, rather than using sports betting apps offered by the likes of DraftKings or theScore Bet.

Dawn of a new era

August 27 was the day on which the new law came into effect. This move is being seen as a massive boost for the country. This will allow operators, governments, and other stakeholders to get in on the action as billions of dollars was being lost to offshore operators each year.

The way in which Canadians will be able to place sports bets is going to be dependent on what reign they are currently in. Ontario is planning to be the province that will be the first with a wide open regulated sports betting market. Currently, it is mainly the provincial lottery corporations in the provinces that are managing sports betting.

Live market before the end of the year likely

In Ontario, the goal is to have a similar framework for a sports betting market that is in place in a lot of major US states like New Jersey and Pennsylvania. This will see private operators being able to get licenses and launch their own sportsbooks. It is believed that the Ontario market in this regard could be up and running before the end of the year.

Many big names in the US sports betting space are said to be interested in exploring this major new market, as well as the Canada-based Score Media and Gaming, which owns the highly popular sports media app – theScore.