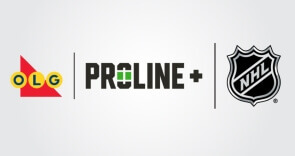 The Ontario Lottery and Gaming Corporation (OLG) has signed a partnership agreement with the National Hockey League (NHL). This makes OLG the first Canadian sports betting partner for the hockey league. This announcement came on Wednesday morning, with the multi-year deal seeing OLG’s online PROLINE+ sportsbook and its PROLINE retail sportsbook becoming official sportsbooks of the NHL.

This deal comes just a few days in advance of this year’s NGL Heritage Classic between the Buffalo Sabres and the Toronto Maple Leafs. This game is taking place outdoors in Hamilton, Ontario, and is being sponsored by OLG. Two NHL teams currently ply their trade in Ontario – the Maple Leafs and the Ottawa Senators.

While this is the NHL’s first deal in Canada with a sports betting partner, it already has agreements in place with many sportsbooks in the United States. This includes the likes of DraftKings, PointsBet, Betway, BetMGM, and FanDuel.

NHL’s senior vice president of North America business development Kyle McMann spoke about the excitement of partnering with OLG. He mentioned how OLG has been in the space for over four decades and has a great track record in the province.

As a result of this deal, OLG now has distribution rights for NHL logos, and will also get promotional opportunities on the NHL’s social and digital channels. The deal also comes a few weeks after the OLG signed a five-year deal with the NFL. This made it the first official sports betting partner of the league in Canada.

At the moment, OLG has monopoly control over the sports betting market in Ontario. However, this will not last long as licensed private operators will be able to launch their own platforms beginning on April 4. OLG is a Crown company that the provincial government operates. It looks after the lotteries in the provinces, as well as casinos and racetrack slot machines.

In advance of the regulated market opening up and the ramping up of competition from other operators, OLG has been making improvements to its sports betting products. Many of the biggest names in the US sports betting space are eyeing up the burgeoning market in Ontario, with the province being home to about 15 million people.

Single-event sports betting only became federally legal in August, which led to the launching of the PROLINE+ sportsbook by OLG. Previous to the ending of the federal ban, people in Ontario could only place parlay bets at retail facilities.