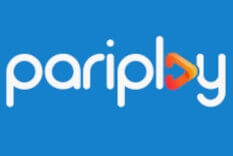 PariPlay has entered a new partnership with the Atlantic Lottery in the latest move to gain market share in the burgeoning market in Canada. As a result of this new deal, PariPlay will have the ability to offer the innovative content of Wizard Games, in addition to other types of third-party games through its Fusion platform.

The vice president of Atlantic Lottery echoed these sentiments, stating that the goal was to identify a supplier that has a strong track record of supplying unique and high-quality content to customers. PariPlay ultimately fits the bill and the resulting content is set to go live later in 2022.

As part of the agreement, PariPlay will be able to access each state where there is legal and regulated online gambling. This means it will begin the creation of unique US content.

Only a short while before striking the deal with the Atlantic Lottery, PariPlay got its hands on B2B Ontario gaming licenses, as well as having a launch in Alberta in collaboration with the AGLC.

The Atlantic Lottery has also been signing some deals of its own. In January, it entered a five-year agreement with NeoPollard Interactive (NPI). This is a company that has a large library of high-quality gaming content. NPI is also seen as being one of the leading iLottery operators in North America, which will benefit Atlantic Lottery in its own efforts.